Reiterating its earlier stand, The Supreme Court held that citizens have a right to access their evaluated answer sheets and interview marks sheet. But the SC also made it clear that the identity of the examiners cannot be disclosed and that such disclosure will lead to confusion and public unrest.

In CBSE Vs Aditya Bandopadhyay case, the Supreme Court (SC) had in 2011 made it clear that every examinee (candidate) will have to the right to access his evaluated answer-books, by either inspecting them or taking certified copies. The Supreme Court has once reiterated that every candidate has the right to get a copy of his answer sheet and interview marks sheet. While disposing an appeal filed by the Kerala Public Service Commission, the Supreme Court also made it clear that the names of the examiners cannot be disclosed.
Answer Sheets & Interview marks are not kept in a Fiduciary Capacity
The Supreme Court was reviewing a decision of the Kerala High Court & Allahabad High Court where in the high courts ruled that candidates are entitled not only to get their scanned copies of the  answer sheet and interview marks but also the names of the examiners who have evaluated the answer sheet. The SC made it clear that the public authority does not keep the answer sheets and interview evaluation sheets in a fiduciary capacity. The SC said that disclosing the marks and the answer sheets to the candidates will ensure that the candidates have been given marks according to their performance in the exam. The SC went onto say that such practice of disclosing answer sheets & interview evaluation sheets will ensure a fair play in this competitive environment, where candidate puts his time in preparing for the competitive exams.

Revealing the Examiner’s identity may lead to Dire Consequences


While dealing with the issue of revealing examiner’s identity, the SC differed with the Kerala & Allahabad high courts and said it did not find any substance in the reasoning given by both the high courts. The SC maintained that the Public Service Commission (PSC) and the examiner stand in a principal-agent relationship and thus is a fiduciary relationship. The SC also said that there is no logical reason for disclosing the examiner’s identity and that it would not benefit the public at large. The SC further said that disclosure may lead to confusion & public unrest and may even lead to a situation where unsuccessful candidates try to take revenge from the examiner.

In the judgment, the SC also felt that disclosing the identity of the examiners could be used by potential candidates for gains by illegal means.
No comments: Links to this post

The Supreme Court today dismissed an appeal challenging a judgment of the Gujarat High Court which had upheld the ban on mobile internet under S.144 of Code of Criminal Procedure.
A Bench of Chief Justice TS Thakur and R Banumathi J. remarked that there can be such ban for law and order. Advocate Apar Gupta,one of Forbes 30 under 30,  appeared for the appellant, Gaurav Sureshbhai Vyas.
The primary argument raised by the appellant was that the ban, imposed under S.144, was not teneble since there was a provision under Telegraph Act, a special law to deal with such situations. Gupta argued that when a special law is in place it will override the general statute and consequently the ban should not have been imposed under S. 144.
The Bench, however, said that there can be concurrent powers.“It becomes very necessary sometimes for law and order. There can be concurrent powers”, remarked Justice Thakur before dismissing the petition.
The ban on mobile Internet was imposed by the Gujarat government for around 10 days during the Patidar agitation in 2015. Similar bans have been imposed in other States as well, including Jammu & Kashmir.
Source:http://barandbench.com/mobile-internet-can-be-banned-under-s-144-crpc-for-law-and-order-says-supreme-court/ 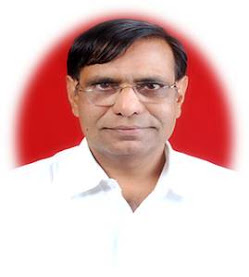 7. Use of Beacon lights on vehicles